Vivier. Claude Vivier. The same way we say Mozart. Wolfgang Amadeus Mozart… Isn’t it normal to recognize our own heroes? If music is a fundamental expression of Humanity, then Claude Vivier certainly knew how to express the essence of our culture, our history, our dreams. Vivier is truly a “national treasure”! 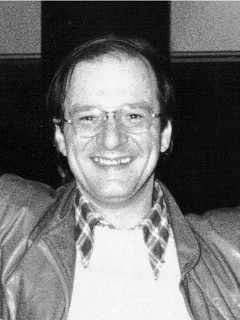 Claude Vivier studied composition with Gilles Tremblay and piano with Irving Heller at the Conservatoire de musique du Québec in Montréal, from 1966 to 1971. With grants from the Canadian Council, he worked with Gottfried Michael Koenig at the Utrecht Institute of Sonology and with Paul Méfano in Paris. He also studied in Kôln with Stockhausen from 1972 to 1974. It is through his contact with Stockhausen that the young composer embarked on a more personal style, based upon the voice and homophonic writing. Following a trip to Asia in 1977, the spiritual dimension of music gesture becomes one of his fundamental concern. In 1981, the Canadian Music Council granted him the Composer of the Year prize. Vivier left Paris in 1982 where he undertook the composition of a second opera, where he died tragically at the age of 34. Vivier was commissioned numerous works and his catalogue consists of some 40 works which are considered as landmarks of the contemporary music scene and which constitute a corpus universally recognized today.