Spotlight on one of our composer! Musicians and artists from all genres are invited to perform works from the honored composer’s repertoire during the 2015-16 concert season. 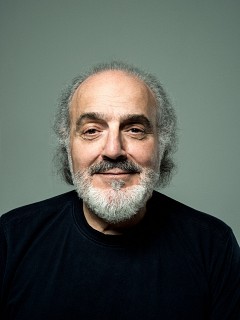 During every musical season for the last number of years now, Montréal composer John Rea brings forth new and imaginative compositions. In 2012, Ikaros agog … Daidalos on edge, for large symphony orchestra commissioned by the Esprit Orchestra, received its world premiere in Toronto. Between 2009-11, he transcribed several Études pour piano by György Ligeti for the percussion ensemble Sixtrum. The year 2007 saw the première of his Singulari-T (Tombeau de Ligeti), for chamber ensemble. In 2006, the Montreal Symphony Orchestra presented his violin concerto, Figures hâtives, a commission of the MSO; earlier in 2005, first performances of Accident: Tombeau de Grisey took place in Paris and Montréal.