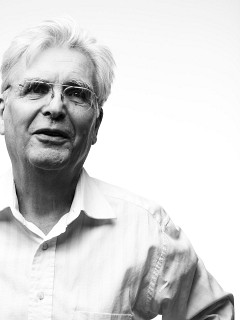 Composer, conductor and teacher, Gilles Tremblay was born in Arvida (Québec). From 1949 to 1954 he studied piano at the Montréal Conservatory with Germaine Malépart and earned a Premier Prix in piano in 1953. At the same time, he studied composition privately with Claude Champagne. Tremblay later attended Olivier Messiaen’s celebrated analysis classes in Paris and was awarded a Premier Prix in 1957. During the same period, he also studied piano and compositional techniques with Yvonne Loriod. The following year he received a medal in ondes Martenot at the Paris Conservatory and a counterpoint diploma from the École Normale Supérieure de musique de Paris. Tremblay met a large number of other composers while studying in Europe. At Darmstadt he met Stockhausen and by 1959 he had taken up an internship with the French radio and television orchestra in Paris, under the direction of Pierre Schaeffer, and in the company of Amy, Boucourechliev, Ferrari, Mâche and Xenakis. In 1960 a grant enabled Tremblay to enroll in summer courses at Darmstadt, where he worked with Pierre Boulez and Henri Pousseur. During the 1960s, Tremblay was appointed professor of analysis and composition at the Montréal Conservatory. With the help of a Canada Council grant, in 1972 Tremblay traveled to the far East. He sat on juries for numerous international competitions and witnessed the performance of his works on every continent.